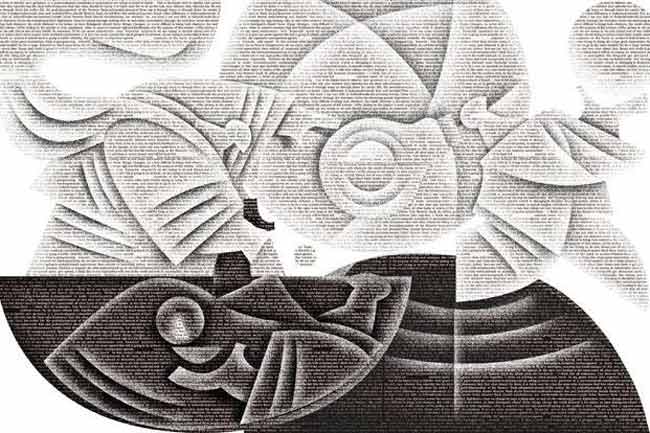 Prime minister Narendra Modi’s pledge to place India among the top three countries in the world in the field of science and technology (S&T) by 2030—announced at the Indian Science Congress in Tirupati earlier this month and reiterated at the Nobel prize exhibition in Ahmedabad this week—is a fine sentiment. But it is also a grandiose one. Getting even part-way there is going to take some doing. India performs below its potential on just about every indicator of scientific progress and achievement there is: be it the amount of public and private funding earmarked for research, the number of prestigious awards won by Indian scientists working in Indian institutions, the number of patents registered in the names of Indians or the number of articles published in well-known peer-reviewed journals.

India has a long civilizational history of scientific achievement. But today the list of Indian scientists who have won the world’s most prestigious award, the Nobel, begins and ends with C.V. Raman. The longer list of Indian-origin and Indian-born winners has 16 mentions—but that also only highlights the large-scale systemic failures that extend across institutions and manifest at all levels.

Only time will tell if the Modi government will be able to put in motion the revamp he has spoken of. But for now, there are early indicators that give us some idea of the government’s plans and priorities.

First is the government’s focus on improving science education at the school level: In Ahmedabad, Modi spoke of scientists helping develop course modules while in Tirupati, he mentioned scientific social responsibility wherein premier laboratories and research institutions could partner with nearby schools and colleges to create an environment that supports scientific education and innovation. This is well and good. But these are in the nature of vague, broad ideas, when what is needed is foundational work on the overall education system.

A human resource and development ministry report tabled in Parliament last month noted that as many as a million teaching positions in government schools across the country are lying vacant; successive status of education reports by the non-profit Pratham have highlighted how educational outcomes among Indian school students are falling at an alarming rate.

The situation in institutions of higher education is hardly any better. Elite institutions such as the IITs are the exception, and they too struggle to compete globally. In the QS World University Rankings 2016-17, only two Indian institutions ranked among the top 200 universities in the world: Indian Institute of Science, Bangalore (rank 152) and Indian Institute of Technology, Delhi (rank 185). Research institutions also suffer from government interference and lack of funding which, among other problems, makes them unattractive to rising talent that prefers greener pastures abroad.

The second issue that the government is focusing on is strengthening the links between S&T and industry. If done right, this could potentially bring in the resources necessary to boost Indian science. Currently, much of the funding comes from the government while private-sector investment (in the form of research and development centres, for example) is below par. Overall, despite talk since the late 1980s of increasing S&T investments from the public and private sector to 2% of GDP (gross domestic product), the figure still hovers at around 0.9%. In comparison, South Korea leads the race, investing 3% of its GDP in S&T, while Japan follows close behind.

Another example is tiny Israel, which has not only nurtured a flourishing S&T ecosystem but leveraged its security challenges to build a robust defence industry. In India, it will be interesting to see if the Modi government’s flagship scheme to boost domestic manufacturing and its consequent efforts to woo foreign capital (specifically in defence) can do something similar.

Against this backdrop, it was perhaps in the fitness of things that the Nobel exhibition, which brought nine Nobel laureates on one platform in Ahmedabad, was organized in association with an investment summit to underline how science, technology and innovation hold the key to enterprise and entrepreneurship. The event is part of the larger Nobel Prize Series—and can be seen as part of the government’s larger effort to make science more glamorous. But talk is cheap. If there is to be real progress, it will need unglamorous, ground-level work. Fetishizing the Nobel as an end in itself—as Andhra Pradesh chief minister N. Chandrababu Naidu did last week when he announced Rs100 crore in prize money for anyone from his state who wins the prize—will not be enough.

Just when you thought your larger brain equals higher intelligence

Here’s when you should tweet to get maximum retweets

Gujjars – The Gypsies of the Himalayas