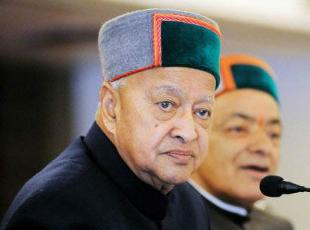 A single-point registration portal for setting up of industries will be operationalised in the next fiscal, an official with the industries department told IANS.

He said this would enable the entrepreneurs to obtain requisite multi-departmental approvals in a time-bound, transparent manner on single online portal.The official said even Chief Minister Virbhadra Singh made an announcement in this regard in his budget speech last week.

He said to attract investments the Chief Minister has announced that change of land use for service industries would also be allowed in all industrial areas.The hill state, whose economy largely depends on horticulture and cultivation of off-season vegetables, was focusing on inviting investments in the food processing sector, particularly in rural areas.

The vegetable and fish canning units would be funded by the government for which a budget outlay of Rs 10 crore has been made under the mission on food processing for the next fiscal, said the official.In the budget for 2017-18, the government proposed Rs 50 crore for promotion of exotic and off-season vegetables.

In the next fiscal, the government aim will also be on rejuvenating handloom and handicrafts.Under the Integrated Scheme for Development of Handloom and Handicrafts the aim will be on its modernization, besides providing training, product development, design and marketing support to the weavers and artisans in the state.

The state is known globally for the art of embroidery on the Chamba rumal (handkerchief) and Chamba school of miniature paintings originated and flourished in the 16th and 17th centuries, besides hand-knitted woollens like shawls, stoles, mufflers, socks, gloves, pullovers, caps and carpets.

Himachal Pradesh has 576 medium-and large-scale industries and 43,420 small-scale industries in operation.To woo investors, the state has announced freezing of the power tariff up to 2018 at one fixed rate for the new industry.

The rates of electricity are already 20-30 per cent lower in the state than the neighbouring states.Data shows that the state got maximum investment from 2003 to 2010 when there was a special industrial package by the central government.

Apple business makes a promising start amid fears in Himachal

70 tourists sent back from Kullu

Chaos at Shoghi as travellers queue up to enter Shimla